Platinum Jubilee and a New Era for Britain 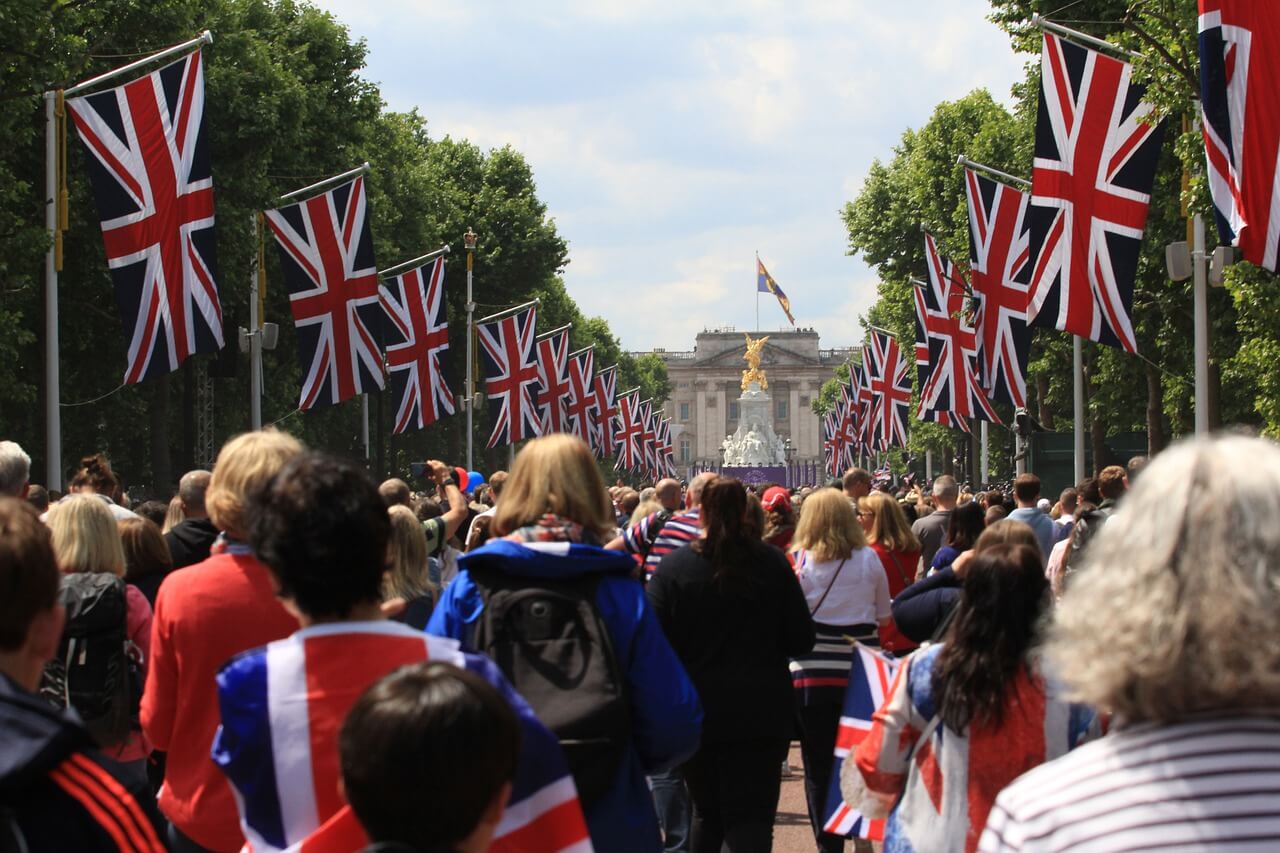 Let’s start with the Platinum Jubilee, a huge 70 years on the throne for HRH Queen Elizabeth II who was crowned in 1953, when the world was a very different place. Britain has come full circle from being a small island with imperialist ambitions, a penchant for trading, a combination of brilliance in innovation and engineering to a no-holds barred approach to getting what she wanted. There have been many moments of glory and the world has moved forward in leaps and bounds under the rule of Britannia, and there have been many dark chapters. Many of us are born and raised at a time when the Empire has been shrinking, watching nations being reborn through tears and suffering.

In many cases, such as with the Indian subcontinent, this process of moving from centuries of being shackled, tormented and forced to accept a different language, culture and norms under the guise of civilisation has been painful. We the people are still grappling with the conflict of the inevitability of the English language which unites the multitude of states and people, the cultural commonality of the Commonwealth, the system of education, government, and the mastery of Victorian industrialisation with the innate desire to reject and remove all components that reminds us of the horrors of the Empire, the chains of slavery and servitude.

It has taken almost the same time as HRH Queen Elizabeth II has been on the throne for countries like India, Pakistan, China, Australia, New Zealand, Canada, African nations and the West Indies to come to terms with their own independent destinies. Each has dealt with this paradox in its own way. The dilemma in the minds of those who have chosen to settle and work in the United Kingdom is at another level. Many of us are here in the island nation by choice, often by invitation, on a promise of better life and working conditions, many as refugees fleeing conflict and unimaginable danger. There are many who were born here from immigrant parents and therefore only know Britain as their homeland.

With exceptions, much of the experience of Britain’s immigrant population is one of opposites. There is opportunity and bias, discrimination and racism. With changing times, this form of inherent bias has become subtle, revealed only in private, visible in official statistics and seldom mentioned in polite society. The 1993 racially motivated murder of Stephen Lawrence and its subsequent chain of events, changed much of that and it has become more normal to speak about inherent bias and institutional racism. Majority of this public debate and deliberation is of course led by academics, leaders and social influencers from minority backgrounds and often in their own segregated company.

The COVID-19 pandemic following in the footsteps of the Black Lives Matter movement pushed this discussion to a much more public stage. The differential outcomes for people from socio-economically deprived backgrounds, from minorities outweighed the norm. The data was too powerful and too public to ignore and the variable acceptance rate of vaccinations told the same story. It was clear from multiple surveys and focus groups that there were more factors in the mix beyond the demographic and clinical ones. It was clear that inherent bias that exists in society directly and indirectly led to the adverse health outcomes and excess mortality for minorities. It was imperative that we rose to the occasion.

BAPIO along with many voluntary organisations representing the minority professionals was born from the need to step up for equality, offer a platform for minorities and provide the missing conscience to many institutions to reflect on their inherent biases. Yet, unlike many organisations, BAPIO leadership has always taken a collaborative, critical friend approach to the issues, working in partnership and offering solutions, rather than just criticism. This approach has helped develop BAPIO as a national voluntary institution in its own right, providing a voice to over 50,000 minority medical professionals and international medical graduates.

Yet, there have been many challenges and BAPIO has led the charge where justice was denied as in the case of the paediatric trainee Dr Hadiza Bawa-Garba or the judicial challenge to Royal College of General Practitioners for the differential attainment in their examinations. BAPIO Institute for Health Research conducted a seminal research, focus groups and workshops to build consensus on its 10 recommendations for finally tackling differential attainment (Bridging the Gap 2021).

The incident with the Medical Practitioners Tribunal judgment against Dr Manjula Arora was sadly a further reminder that it will take much more effort from all to change inherent biases. Thousands of medical professionals from all walks of life have expressed publicly their dismay at the apparent injustice that appears to have been meted out. Before, the healthcare system could fully recover from the devastation that the MPTS ruling against Dr BawaGarba caused to the trust in the regulator, it has happened again. BAPIO has risen to the challenge and has started robust dialogue with the regulator. (see letter to GMC)

BAPIO reached its 25 year milestone in 2021, and a lot has been achieved, yet it feels AGAIN that the journey is only just beginning. BAPIO needs the support, energy and enthusiasm of all those who feel strongly for equality, diversity and inclusion. Those who believe that united we are strong and if we work with our institutions collaboratively we can achieve more. So if you are not a member yet, now is your chance.

All the signs from Buckingham Palace are pointing to one inevitable fact that a change of guard is imminent. In her ripe age HRH Queen Elizabeth II is reaching out to her son and heir Charles to steady the reigns. The monarchy has been through much and appears to be surviving. The teeming humanity at the mall from across the world, to participate in the platinum jubilee celebrations this weekend are testament to the fact that people need the  monarchy. At least for the foreseeable future.

Britain is changing. What the closing of the Empire did at the time of HRH Queen Elizabeth II’s coronation, Brexit has now done for the seventh decade of her reign. The new monarch, whenever the time will come, will have a very different world stage, a very diverse nation, different challenges and a small island Great Britain to rule. Britain has done it once and will do so again. But this time, it is imperative that Britain and its leaders recognise the strength that comes from its diversity, the resilience of its multi-cultural society and the willingness that we as ‘immigrants’, who come freely and with their best years and talents – offer to the future of this great nation.

BAPIO members salute HRH Queen Elizabeth II for 70 years of her reign, her integrity, diplomacy and leadership has kept the nation together and we hope and pray that when the time comes, Prince Charles would have learnt from the Queen as well as his own time in the Prince’s Trust and will lead the country and the Commonwealth wisely.

BAPIO will certainly be there with the monarch and the glorious institutions to help achieve excellence in healthcare, equality for all, and social justice.