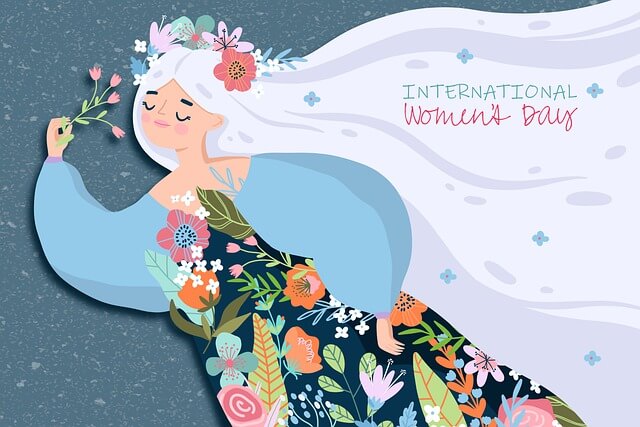 International women’s day on 8 March is a global celebration of the achievements of women in cultural, political, and socioeconomic spheres. It is also a day to raise awareness of significant issues including gender equality, reproductive rights, and violence against women.

The fact that we need a day marked out for women, when we do not for men, is an acknowledgement that gender equality is still work in progress. Despite strides made in the last hundred years in women’s rights, education, and freedom in movement; there are stereotypes and unconscious biases which abound.

When I came to the UK from India in 2003 my goals were – pass exams, become a consultant psychiatrist, see my daughter grow up, save money, travel, buy a house. I did not dream further. Life took me on a different journey, and I ended up in a place I would have never imagined when I started out. Today in addition to being a consultant psychiatrist, I hold important responsibilities with the Royal College of Psychiatrists, Health Education England, and the General Medical Council. I have teaching and training roles nationally and internationally, I have travelled beyond the beaten track.

After I passed my royal college exams, I settled down comfortably for a bit in a staff grade job- 9-5, permanent contract, no on-calls. But six months in I found myself desperately stuck and unhappy. Then I got a higher training post. I remember the shock in my parents’ voice when I broke the news. Why would you leave a permanent job with no on-calls to progress your career? This is the perfect job for a woman! And then it sank in. Even as a doctor there are jobs which are good for ‘women’ because women are expected to balance roles inside the house and outside. Whatever you do, core responsibility is seen to be at home.

Women’s empowerment begins in the heart, in outlook, in the way we perceive societal functioning. Here are a few reflections.

As long as, society puts forward different ideal roles for men and women, there cannot be equality. Traditional roles are designed to keep women at home. Men on the other hand are placed where rules are made, society is directed and decisions which run the world are formulated.

Gender specific roles also promote other unhelpful behaviours. The expectation for a man to be ‘macho’ might mean that men do not express their distress, are not expected to cry, or express vulnerability. Femininity on the other hand is associated with gentle softness, obedience, and subservience.

Traditionally women are not expected to direct, not outside the home at least. But however much the roles within the home are glorified and women are seen to be ruling the roost, if the world changing decisions are left to men, it means not using the brains of half the population in the way society is run.

Challenging gender specific roles which spring to all our minds automatically, is key. It is time to question why we see male pilots and female airhostesses, male bosses and female secretaries, male athletes, and female cheerleaders. Why do bright female students still think about the ‘right career for women’, as if thinking about the home-workplace balance is only for women while men can give themselves all to their careers.

Learning not to feel guilty

Expected gender roles often make a woman feel guilty when she does not conform. It took me years to stop feeling guilty for not cooking a meal properly because I had deadlines at work to meet. To stop feeling grateful when my husband did housework. Today I cherish the partnership within our marriage, the fact that we can both share responsibilities wherever they are. True partnership is supporting each other equally, not with gender tinted expectations.

A woman is defined by her personality, not by her relationships

A couple of years ago, when a high-profile rape case rocked India, a video started making the rounds on WhatsApp groups. The script was something like this- ‘respect this woman, she is someone’s daughter; sister, wife, girlfriend, mother….’ Whoever made it just did not get the meaning of dignity for women. A woman deserves to be treated with dignity because she is a human being, with a mind, with her own will, with a right to take decisions. Full stop. Her relationships are not her identity and right to respect. Rape is wrong not because it involves a daughter, a sister, a wife, or a mother. It is just wrong because it violates a human being.

For all my love of my daughter and the motherhood I have enjoyed, I would strongly say that motherhood is not an essential route to complete womanhood. I am proud to have known plenty of women who are great people, complete in their lives and what they have achieved, without being mothers. Motherhood is a great role, but we possibly need to reflect on the over-glorification of it. Their lies the hidden messages, the hidden expectations which take away a woman’s individuality.

I love the television series ‘Four more shots please’ on Amazon Prime. A woman does not have to drink, have to smoke, have to be chaotic and impulsive to prove herself liberated. At the same time, she does not have to be perfect to be celebrated. She is human, with the right to have strengths and weaknesses. The constant celebration of how well a woman can multitask, balance work and home life, be a Goddess, is a subtle societal pressure to be perfect. A woman is not allowed to have flaws. She must constantly strive to be perfect.

Putting herself first does not make a lesser woman

I have grown up in a culture (as most of my community has) where stories, movies and media constantly talk in glowing terms about the sacrificing woman. A woman who puts everyone before her. She is not allowed to dream for herself, plan with her wishes in the centre, be just a little bit selfish. If she does, she is a lesser woman.

It is time we thought differently. In all the talk about mental wellbeing when the importance of being kind to oneself, and self-care is so much more in the forefront, we need to recognise the importance of a woman being comfortable in putting herself first if she wishes to.

Everything does not need to be about family

I remember a recent WhatsApp message, one of those dozens which get forwarded multiple times. It had a list of tips for women to take care of themselves, to take a breather from work, to take time to admire nature, not pressure themselves into doing everything in one day. Looks good on the surface! The problem was the message started with the introduction of how women were dying early because of stress leaving their families helpless and without their input. So, the need for a woman to take care of herself, to live her life, to make sure she did not die a premature death, at the end of the day was for her family. Not for herself. According to whoever wrote that message, a woman does not deserve to live longer to enjoy her own life, to achieve her own potential. Taking a breather is still aimed at making sure that she lived longer to serve the family.

For once, society needs to start thinking about a woman being an individual with her own aspirations, wishes and aims. Not everything needs to end up circled around a family. What if a woman does not have a family? Does she not need to take care of herself, live a long and productive life?

The world needs you outside the home

It is not the kitchen, the children and a household who need a woman. Home, hearth, and family are the responsibility of all who live in it. The world outside needs the touch of women, the different perspectives, the female voice.

Even today, a successful man can be all career, but a woman is expected to balance her career with her kitchen. And we all expect it- consciously or unconsciously.

Women are taught to give so much that we forget to dream for ourselves, feel guilty of doing something just for ourselves.

Amidst all I have learnt a lot in life, I have unlearnt more- the childhood lessons of a good woman being defined by her low voice, downcast eyes, modest demeanour, and clothing. One who needs to conform, balance, put the needs of others before herself.

Women’s empowerment must focus on the development of identity. This is not just about education, jobs, preventing violence and equal salaries. Until we are aware of and fight the unconscious patriarchy within our deep-rooted beliefs, gender equality will remain a distant dream.