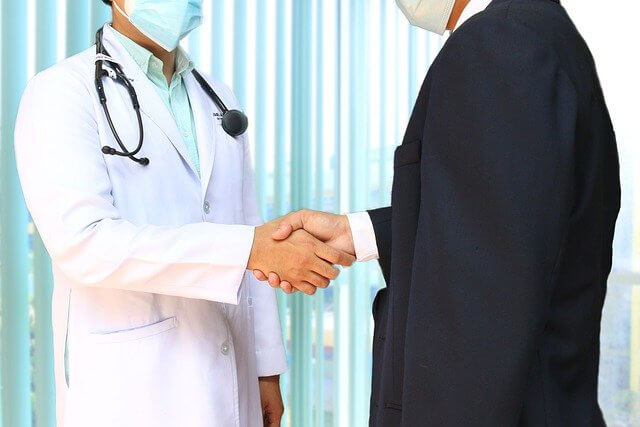 One of the first lessons that is taught in medical school is that of ‘professionalism’. The fundamental principles of taking on the mantle of science, of responsibility for one’s actions and the necessity for upholding the high principles enshrined in the General Medical Council’s ‘Good Medical Practice’. Quite rightly therefore any medical students or doctors that fall foul of GMP are held accountable and taken through disciplinary processes. Even though, it is widely acknowledged that many maintaining high professional standards referrals, investigations and outcomes are not always fair [1–3], especially when it is applied to Black and minority ethnic (BME) doctors- there is no disagreement on the fact that doctors and other healthcare professionals do have to be held to a higher moral, ethical and legal standard. It is also established that nurses and doctors are among the professions that are most trusted by the public [4] and that one of the most powerful ways of disseminating information on science, health and lifestyle is from the word of a healthcare professional. It is common knowledge that whatever might be one’s private view, healthcare professionals have a social responsibility to uphold the high principles of science and above all honesty.

In light of the above principles then, the actions of the King’s College Anesthetist who appeared to barge into a televised conversation between Rt Hon Sajid Javid MP Secretary of State for Health & Social Care and a group of nurses – spewing words to the effect that ‘he had chosen not to be vaccinated for COVID-19, that vaccination was ineffective in maintaining immunity beyond 1-2 months and that the science mandating vaccination was not strong’. [5] This clipping of 30s has done more damage to UK government’s aspiration to get the country vaccinated so that health service capacity was not overwhelmed, that a large proportion of the vulnerable population who remain vaccine hesitant and therefore make up over 90% of the most sick patients in intensive care units, and given fodder to a growing under belly of vaccine skeptics, pandemic deniers as well as blatant anti-vaxxers.

This seemingly ‘personal view’ of a single healthcare professional has led to an outcry from his colleagues, other anesthetists, professional bodies and across the length and breadth of the profession. There is a veritable twitter storm of professionals sending a simple message that they believe the science, that they are fully vaccinated and so are their friends and families. However, much the outcry or the response from outraged professionals in reinforcing the message that the science is strong, that vaccines are effective and that it is a moral, ethical and now legal duty of all professionals to protect themselves and their patients from inadvertent nosocomial transmission- untold damage
has been done.

Many in the profession are experiencing a ‘deja vu’ of similar pseudoscience and misinformation spewed by one Adrew Wakefield which delivered a significant damage to vaccination against measles in 1998. Wakefield a British anti-vaccine activist, former physician, and discredited academic who was struck off the medical register for his
involvement in The Lancet MMR autism fraud, a 1998 study that falsely claimed a link between the measles, mumps, and rubella (MMR) vaccine and autism.[6] Unlike the unsubstantiated misinformation spewed by this Kings College Anesthetist, Wakefield was more sophisticated and shrouded his claims in falsified data. In 2010, the GMC found that Wakefield had been dishonest in his research, had acted against his patients & best interests and mistreated developmentally delayed children, [14] and had ‘failed in his duties as a responsible consultant’. The Lancet fully retracted Wakefield’s 1998 publication on the basis of the GMC’s findings, noting that elements of the manuscript had been falsified and that the journal had been “deceived” by Wakefield. Wakefield got what was due to him, the price will continue to be paid by the gullible public, who believed in him.

The second issue that has enraged many in the profession is yet another demonstration of white privilege. The response from Kings College CEO Clive Kay in an interview on BBC Television [7] the following day, stopped woefully short of condemning the actions of his errant colleague and acknowledging the damage done to the vaccine effort.

‘Is there any person of colour in the #NHS who hasn’t looked at that Consultant in the #NHS with his views on vaccines on national TV …still in his job, no actions taken… And said… “Yeah if that was me- I would have been sacked by now”? That is called ..yup.. Privilege.’ NHS England’s Director for Equality @Parthaskar wrote in his twitter stream.

This is a reality for Black and minority ethnic (BME) people in the UK, in many countries across the world and especially in the healthcare sector. BME doctors are twice more likely to be investigated, referred to the regulator and be given harsher sanctions when found to have broken the GMP code than their White peers. [3] The rage among BME healthcare professionals who watched this demonstration of inaction by the establishment for a
blatant act of social irresponsibility, misinformation and damage to healthcare is understandable.

There is a moral and ethical duty of King’s College Hospital, of the NHS, of Department of Health and Social Welfare and the regulator to act fairly, decisively and with full transparency to restore confidence not only of other healthcare professionals in the fairness of the system but for protecting the unsuspecting public. Is this not our legal duty.