Harmony Editorial December 2021- A Winter of Variants & Plan B 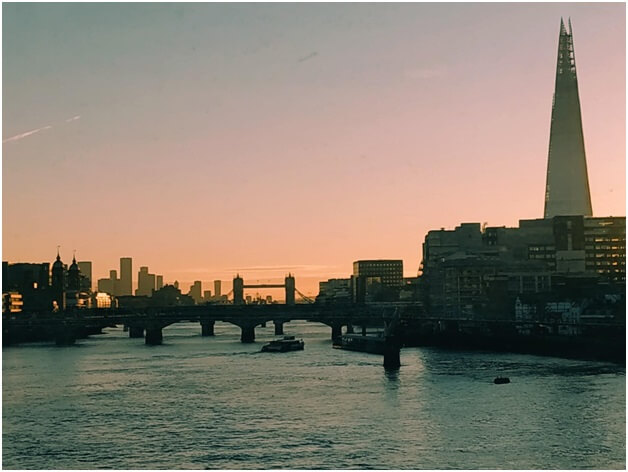 A Winter of Variants & Plan B

As the sun sets on the second year of the pandemic, the world which has changed so much since the event in Wuhan, continues to spin and the heavens over this iconic view of the Thames –  remains oblivious of the battles which have raged since the native SARS-CoV-2 reached our shores. We have now been through a number of variants and seen the curves of the now too familiar infection-hospitalisations-mortality curves rise and fall with a precision only possible of public health predictive modeling. The messages from the official SAGE and unofficial SAGE scientists continue to be loud and clear. And, while our leaders continue to extol the virtues of ‘listening to the science’ and ‘watching the numbers hour-by-hour’, the proverbial Rome burns, the curve reaches for the sky and our leaders continue to dither playing the fiddle. 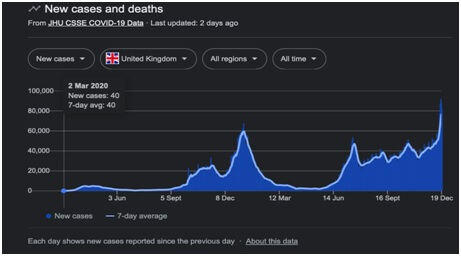 Then there is the Plan B, which was adopted by the UK Government on the 8 of December mandating wearing of masks in enclosed public spaces, restricting the numbers of people congregating in hospitality or big venues and a guidance to be cautious. The timing of this message could not have been more damaging to the crippled economy coming at the time of the maximum consumer spending and snatching away any possibility of a recovery for many industries. Yet, 2 weeks after Plan B was introduced there is no sign of a change in the doubling time for Omicron nor the rising tide of cases. London is among the areas in the country with the highest number of Omicron infections. Something more needs to be done.

The UK vaccine coverage is among the best in the world, and there is emerging evidence at least from laboratory studies that a third dose of the m-RNA based vaccines offer upto 75% protection from the Omicron variant. This is the most promising news and the country has embarked on a Herculean task of getting all adults vaccinated in just over a fortnight. The entire NHS has responded to the call and there are almost 850,000 vaccines given each day. Staff and volunteers across the country are racing to deliver the vaccines as meandering lines of people queue for hours to receive the booster shots.

There is another dark side to this story. Vaccine hesitancy continues to be a major hurdle in some fringe communities, people of Black, Asian and minorities, certain religious faiths and people who either have deep rooted mistrust of the establishment or are in areas of digital poverty. It is estimated that in certain pockets of society, there are nearly 30% of people who remain unvaccinated. The loud messages delivered by our leaders, healthcare staff and faith leaders are going unheard. It is a tragedy that almost 90% of patients in ITU and 70% patients in hospital are either unvaccinated or have not completed their schedule. It is very likely that the health related inequalities identified in early 2020, are going to be further compounded and the disproportionate morbidity and mortality will open up deeper and wider chasms in the fabric of civic society.

What can BAPIO do?

As a voluntary healthcare organisation with a deep understanding of the culture and thought processes of minority ethnic communities, we have a significant role to play. We can be role models, carry the message that vaccines are safe and protective, speak in the same language with people who are not proficient in English, be advocates for their questions, concerns and doubts, tackle the hurdles and help reach into community spaces, offer psychological safety to ask questions – answer without judgment or blame. Every member should reach out to their networks, provide information, encourage adherence to personal protection, offer vaccination guidance and through media channels keep repeating the messages. Any action however small, is likely to reach more people in the fringes than ever possible. Every action can lead to a positive change, perhaps even a life saved.

Message to our Leaders

The message to our leaders as carried in the contents of the letter that BAPIO has written to the NHS CEO is loud and clear. It resonates the science and adds power to the many voices of the healthcare staff who are reaching out asking for a Plan B Plus action from our leaders. A circuit-breaker is needed and needed now. If we wait another week before restrictions are brought in to stop mixing- it will cost many more lives. One thing that many people are not realising is that even if <5% of people infected with Omicron variant are needing hospitalisation – 5% of 100,000-250,000 will surely overwhelm the NHS capacity. Not only will people suffer the consequences of overwhelmed capacity, other life-threatening conditions, cancer surgery, chronic disease management will have to be shelved. The long term consequences will be catastrophic and may take a decade to recover.

One final thought is for our healthcare staff and all workers in the frontline serving the public in hospitality, transport, uniformed services, postal and those who are propping up the economy are also acquiring Omicron at an alarming rate. The BMA estimated that around 50-100,000 medical and nursing staff are likely to be affected in the next 2 weeks. There has to be a way out of this imminent crisis. We hope that the government ‘listens to the science’ and has the courage to take action to stem the tide.