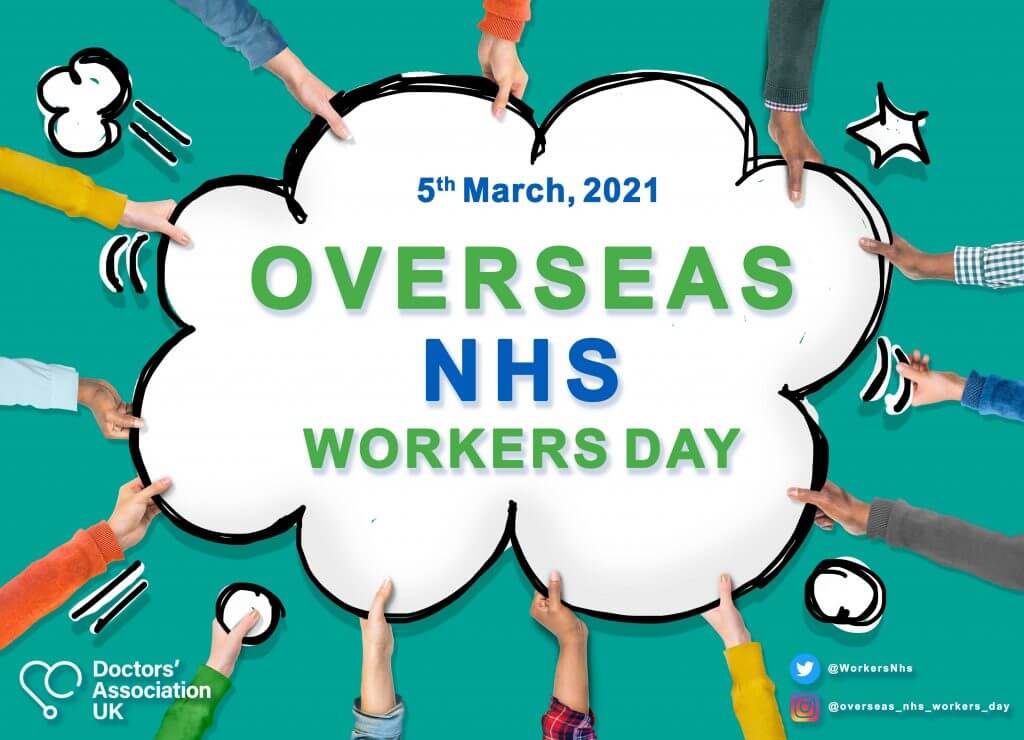 THE NHS has long been dependent on overseas workers ever since its inception. And so BAPIO is proud to be part of an initiative launched by The Doctors’ Association UK to celebrate ‘Overseas NHS Workers Day’ on Friday 5th March as a recognition of the extraordinary contribution migrants who have served the NHS and this country so well.

Dr Ramesh Mehta OBE, President, commented: “It is hard now to think why we never celebrated such an important day. The NHS has benefited greatly from migrant doctors, nurses, pharmacists and other healthcare workers. We salute them for their commitment and passion over the last decades”.

Dr JS Bamrah CBE, Chairman, said “I am so pleased that BAPIO in a small way can honour the dedication and sacrifices of migrant NHS workers. The last year has been especially challenging; most of the overseas workers are BAME, and over 60% of deaths have been in this group, so there has b=never been a better time than this to honour their support for the NHS.”

Prof Parag Singhal, Honorary Secretary, said “I hope that Overseas NHS Workers Day will be celebrated widely and that it marks a regular fixture in the calendar. But for the dedication of migrant workers, the NHS would not have survived so we should all applaud their efforts on 5th March.”