BAPIO raises the issue of current Indian regulations with GOI 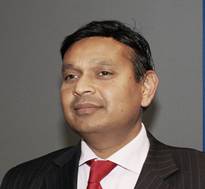 The Hon Secretary of the British Association of Physicians of Indian Origin (BAPIO), Dr Parag Singhal, has written to Hon Shri Jagat Prakash Nadda, Union Minister of Health and Family Welfare, highlighting the concerns. In a letter forwarded via the High Commission in India, BAPIO has argued that, there is an opportunity to improve Global Health Education through sharing knowledge and skills between developing and developed nations.

Dr Singhal said, “This is especially true in the case of the Indo–British or Indo–USA relationship involving medical professionals. We appreciate the fact that most of the doctors of Indian origin working in the National Health Service of the United Kingdom have acquired a high degree of experience and qualifications, and many are part of the teaching faculty of the UK Universities. Most have graduated in India and are familiar with the local system.

It is estimated that there are over 40,000 doctors working in the NHS who have graduated from India. Many of these doctors have expressed an intention to return to India, and it would be desirable for the Indian Health Care sector to harness their expertise to supplement the sector’s existing requirements.

Dr Singhal continues, “In addition, we believe that most of these doctors have emotional bonds and some may wish to satisfy their desire to serve their motherland, so we urge the Indian government to capture their expertise, since they would bring added value to India’s own requirements”.

BAPIO, one of the largest and most proactive bodies representing the interests of doctors of Indian origin in the UK, has asked for the Health Minister’s intervention in support of a successful amendment to the current clause that would enable Indian doctors to contribute to undergraduate and postgraduate teaching and thus serve their country.