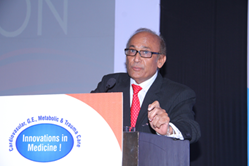 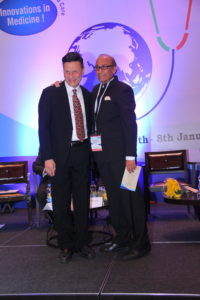 Dr Ramesh Mehta took over as President of Global Association of Physicians of Indian Origin on 7th January 2017 during its Annual Conference in Hyderabad, India. Dr Mehta who is also a founder of the organisation said “This is huge responsibility. During my tenure of 3 years I am keen to promote leadership skills development among health professionals” While handing over the baton to Dr Mehta, Dr Sanku Rao said “Ramesh is a dynamic leader and I am sure under his president ship GAPIO will make significant progress”. 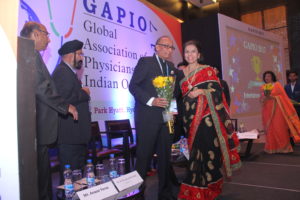 There are also significant number of Indian Physicians working in Middle East, South East Asia and Africa. This substantial workforce of physicians is a valuable resource, which can help to mobilize significant developments in the health field globally. This strong Diaspora of Indian doctors who are highly respected and powerful, need a common professional platform. 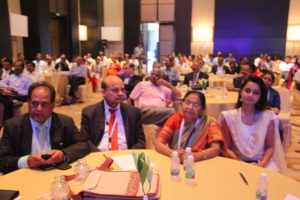 The idea of GAPIO was originally conceived in January 2009 at Chennai between Dr. Prathap C Reddy, Dr. Sanku Rao, Dr. Ramesh Mehta & Mr. Anwar Feroz. With further discussions, it was decided to formally set up Global Association of Physicians of Indian Origin (GAPIO). GAPIO was constituted in 2011 under the Societies Registration Act, 1860.

There is a need for greater visibility and cohesion of these physicians. Their combined intellectual and technical strength can also be a vital force in the development of the Indian healthcare sector. It is with these objectives that Global Association of Physicians of Indian Origin (GAPIO) has been formed. This body will have representation from all the countries where physicians of Indian origin are settled.

GAPIO is a non-profit organization and its vision is “Improving Health Worldwide”. GAPIO stands to empower physicians of Indian origin to achieve highest professional standards, to provide affordable good quality healthcare, to contribute to local and regional community development and thereby help to reduce health inequalities and alleviate suffering globally.