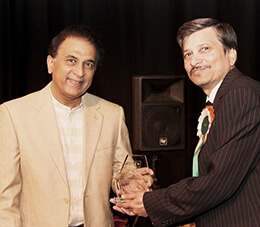 The division has, over the years, organised many educational and social activities. The high light has been the biggest annual event for BAPIO in 2011 at ‘International Convention Centre ‘attended by over 600 doctor family members. This event was unique as BAPIO initiated various other ethnic doctors’ organisations including Pakistani Doctors Forum.The event was attended by legendary cricketers Mr Sunil Gavaskar and Mr Imran Khan.

The West Midlands division is led by Dr Achuthan Sajayan, Consultant Anaesthetist, University Hospitals, Birmingham. This division is working actively supporting the doctors of Indian Origin and has been recently reorganised in a hub and spoke manner which is a unique arrangement for BAPIO administration.

Considering that doctors of Indian Origin are thousand miles away from their families and home countries; our goal is to be able to look after academic and work-related needs of BAPIO members in the division and organise cultural and social activities. The team is dedicated to support BAPIO.