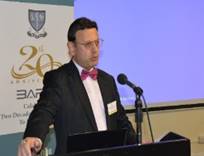 BAPIO Wales division during their Annual Conference at the historical Cardiff City Hall in Cardiff on 14th January 2017, celebrated the 20th Anniversary of BAPIO. The theme of the conference was “Innovating for Sustainable Health Care”. 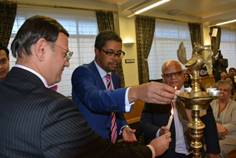 Mr Keshav Singhal said, “One can argue that NHS is probably the best amongst the modern health care inventions. However, with increasing costs and limited workforce, we need new and innovative solutions to ensure affordable high quality care in UK and the world”. 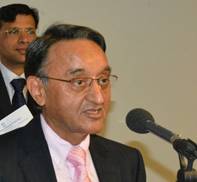 This year BAPIO celebrates its 20th anniversary and as UK withdraws from Europe, Dr Hasmukh Shah, the Hon Secretary for the Wales Division emphasised the significance. He said,” Britain’s exit from the Europe gives us an opportunity to review and renew the historical links between Indian Subcontinent and the NHS. Building on the successful track record of BAPIO, this conference will set an ambitious agenda for strengthened relations, for mutual benefit”.

The Conference was followed by a Banquet that was attended by the Deputy High Commissioner of India, HE Sri Dinesh Patnaik and his wife Mrs Poonam Patnaik. The celebration was also attended by the Secretary of State for Wales, The Rt Hon Alun Cairns who is also a Cabinet Member of the British Government. Also present was the First Minister of wales The RT Hon the Right Honourable Carwyn Jones AM among many other dignitaries.

Mr Pandya, Director of BAPIO congratulated the team and conveyed message on behalf of the President Dr Ramesh Mehta and the Executive Committee for the success of the event.