The Executive Committee of British Association of Physicians has announced its Annual Awards Panel for the BAPIO AWARDS 2012. BAPIO Annual awards are given to individuals who are role models in Professional and Clinical excellence. Individuals who have given life-time commitment to wellbeing of the members of minority ethnic communities in both medical and non-medical fields are also considered. There is a special category Award in recognition of dedicated services to BAPIO. The Dr Imran Yousaf memorial Award is conferred on young contributor to BAPIO.

The doctors of Indian origin have been major contributors over the past six decades to the success of the NHS. We have a huge pool of talent and skills and BAPIO feels their achievements needs recognition and their efforts celebrated through BAPIO annual awards.

For 2012, the Executive Committee of BAPIO has established an Awards panel led by Professor Rajan Madhok, Chairman of the Association to facilitate the selection process.

I would like BAPIO members to feel free to nominate individuals for the various categories; further details are attached below.

I look forward to another successful awards round and to seeing you all at the annual conference on 3-4 Nov 2012.

The nominees would have established and/or delivered exemplar health and social care services and improved patient care.

The nominees  would have achieved significant management and leadership positions, and be seen as a role model for leadership.

Outstanding Contribution to the cause of BAPIO

The nominees would have made significant practical and/or strategic contribution to the work of BAPIO.

Special Award for dedication to BAPIO REGIONS OR FORUMS

The nominees would be expected to show sustained efforts in their own Regions and  promoted activities and awareness of the organisation, attracting more support and recognition amongst the peer group members and the relevant institutions.

The nominees would have supported doctors in difficulties and gone that ‘extra mile’ to relieve distress for their fellow doctors.

The nominees of the award shall be physicians who have been practicing for less than 10 years and can show significant achievements and be seen as a role model for newly qualified doctors.

The Panel may also award additional awards such Life Achievements Awards or in recognition of charitable work undertaken by an individual.

NOTE: All nominees must hold appropriate medical qualification and be in good standing with the GMC and their professional bodies (except nominees in the Outstanding Contribution to the cause of BAPIO category, which are open to non-medics).

All the application will be considered carefully and references may be sought to verify the statements made in the application. Specialty and Alumni organisation supporting BAPIO are also invited to nominate individuals for awards. Attempt to lobby the members of the panel in favour of a nominee would risk disqualification. Although targeted at Indian doctors, we welcome nominations of doctors from other ethnic backgrounds if they have shown empathy with the mission of BAPIO and supported Indian doctors.

Self-nominations are encouraged and if you are nominating someone then please make sure that you have their permission. Award winners will be announced at the dinner on 3 Nov, and we would encourage all nominees to try and attend. 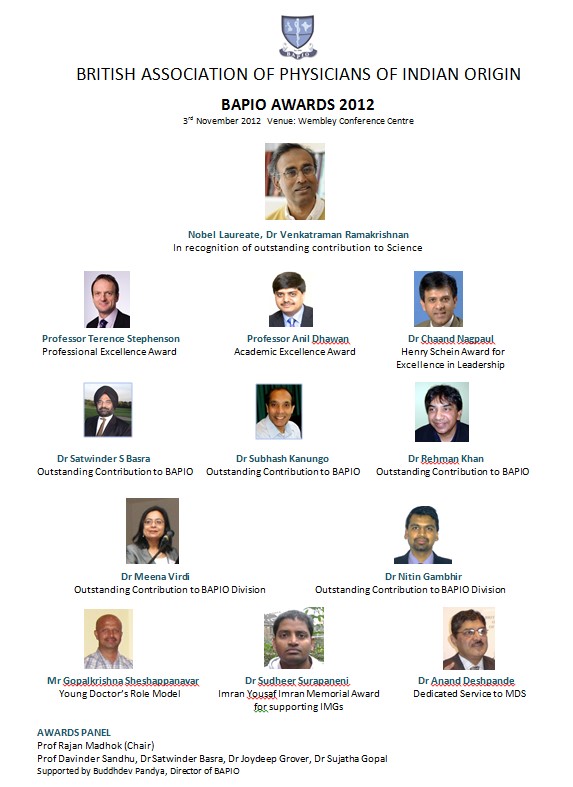 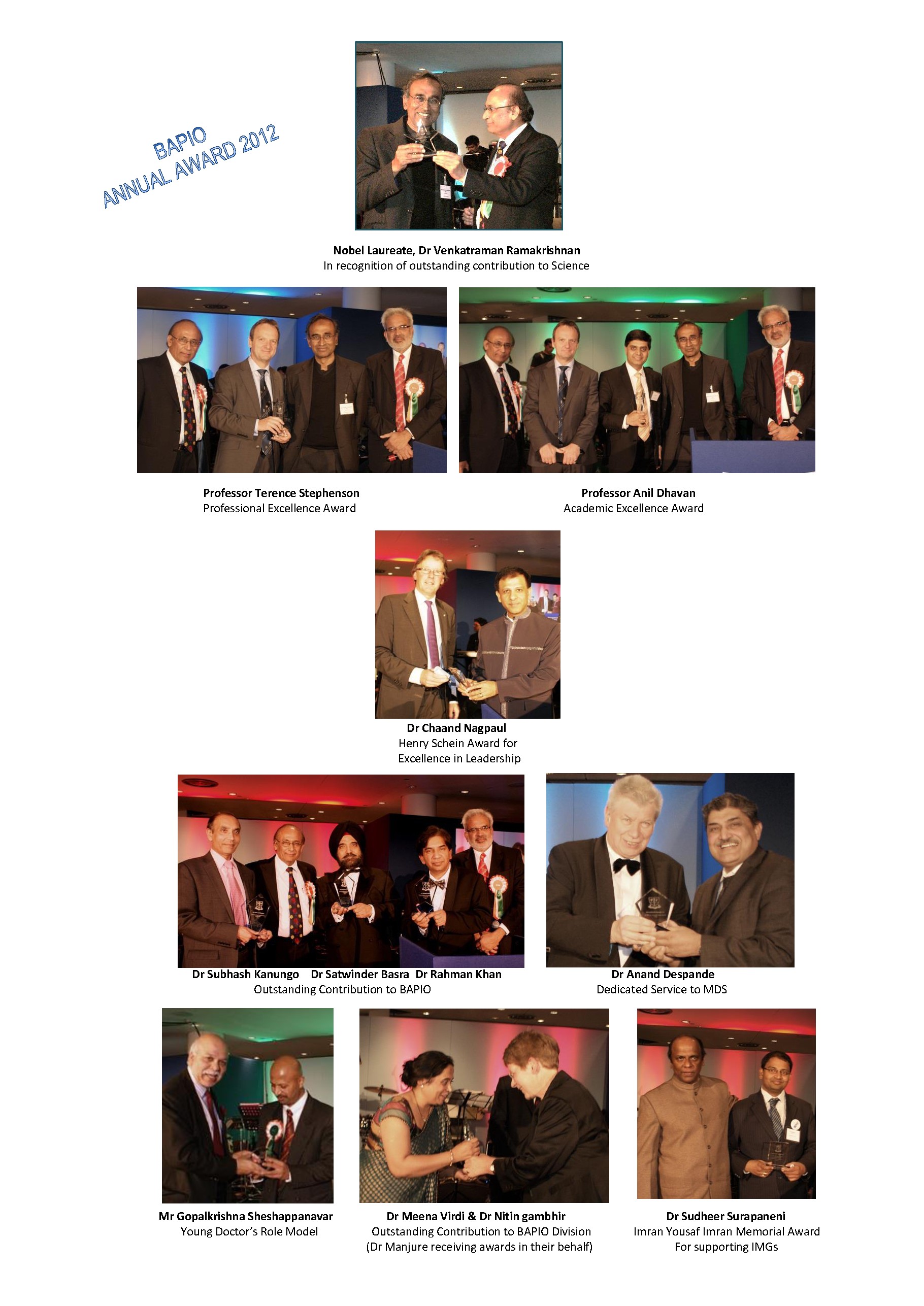 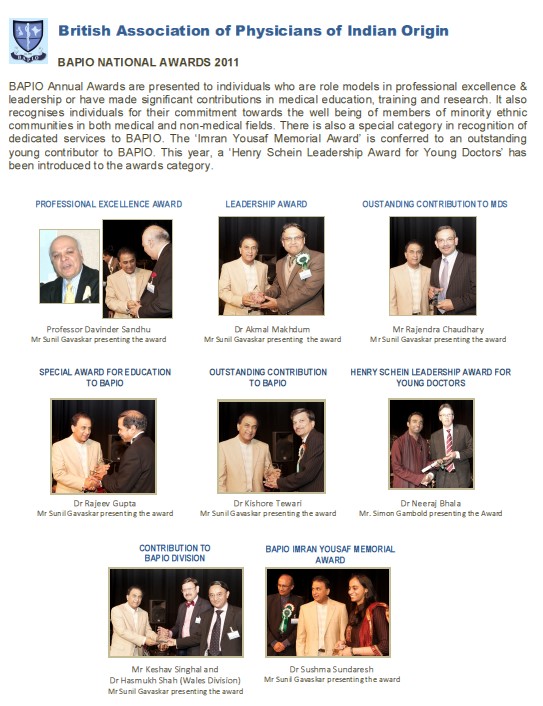