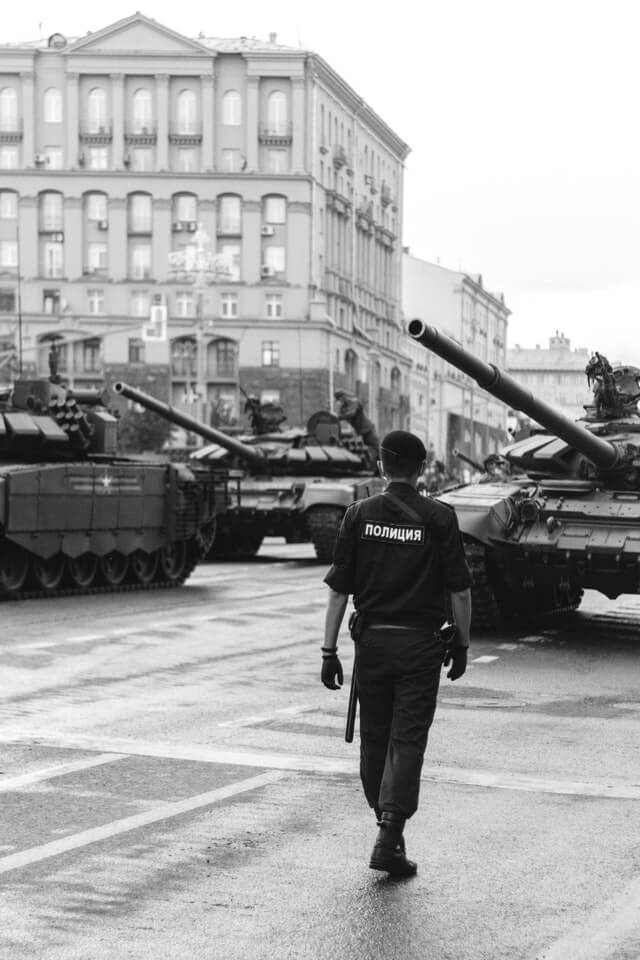 THE DEVASTATION OF WAR & THE FRAGILITY OF PEACE

“There is no such thing as a “just” war.

‘An unjust peace is better than a just war’

It is the pacifist view that there can never be a justification for war. As the only people who suffer are innocent civilians, the vulnerable and those in the fringes of society. However, there are those that are ‘distorted tyrants’ who are ‘willing to trade a cup full of blood for a purse filled with gold’ {Brandt Legg in The Last Librarian} Generally pacifism is thought to be a principled rejection of war and killing. Oddly enough, terminology related to pacifism has occasionally been used to describe a pragmatic commitment to using war to create peace. The ‘just war’ tradition does hold that war can be a suitable means to bring about peace. Despite these complications, pacifism generally connotes a commitment to making peace that rejects violent means for obtaining this end.

Those in the healthcare profession are by definition healers and more likely to be aligned to pacifism. Pacifism can also be used to describe a commitment to nonviolence in one’s personal life that might include the attempt to cultivate pacific virtues such as tolerance, patience, mercy, forgiveness and love. Those of us who are born and reared in the Indian sub-continent are also aware of the influence of non-violence philosophy of Mahatma Gandhi. The Gandhi-King approach clarified the basic principles of nonviolent resistance and successfully put these principles into action in the Indian struggle for self-determination and Martin Luther King in the American civil rights movement.

One of the important ideas of the non-violent approach is that there should be coordination between means and ends. Peaceful means should be employed in pursuit of the end of peace and justice. Gandhi also made it clear to the peace movement everywhere that intellectual neutrality is indefensible during war-time. Gandhi told pacifists that they must decide which is the just side in a military contest.

This is the painful paradigm in which many physicians find themselves. While they may reject violent means to achieving peace, they find themselves torn in the face of naked aggression and wilful destruction of life. Gandhi’s contention was that

“if there ever could be a justifiable war in the name of and for humanity, a war against Germany, to prevent the wanton persecution of a whole race, would be completely justified. But I do not believe in any war”.

Another reason to reject violent means is the fact that might does not make right. While violence can destroy an enemy, victory does not amount to justification. Expressing his standpoint, in April 1939, when the British and French guaranteed Poland’s security against German aggression, he wrote:

“After all, what is the gain if the so-called democracies win? War certainly will not end. Democracy will have adopted all the tactics of the Fascists and the Nazis, including conscription and all other forcible methods to compel and exact obedience. All that may be gained at the end of the victory is the possibility of a comparative protection of individual liberty.”

Before the world could recover from the devastation from the COVID19 pandemic, and the huge challenge to economic recovery from the sky-rocketing cost of energy, a new conflict ensued in Ukraine. In the space of a mere three weeks the fabric of a country has been destroyed, several cities have been pulverized, the dead are being buried in communal trenches and more than 2 million people have been displaced. The picture of indiscriminate death raining down on cities in the form of missiles, bombs and shells is being played out not only by the ground reports of journalists but through social media accounts of the public. Nika Melkozerova (@NikaMelkozerova) tweeted at 3:44 pm on Sun, Mar 13, 2022:

‘I am one of 2 million people left in Kyiv, once a busy vibrant city of more than 4 million. Now it is almost empty. Ravens have become so loud. People are silent, sad and polite. It’s the 18th day of Russia’s war against Ukraine. And I can’t digest how the world let this happen.’

The question facing many physicians  – “How can I pretend that nothing happened?” as articulated by Diane Samuels, is a tough one to answer.  The Physicians in the BAPIO Think Tank argue on the one hand for a ‘neutral stand’ and refrain from condemning the war, while others argue that a neutral stand in the face of an unjust war or action amounts to implicit support and therefore the risk of having ‘blood on one’s hands’. Some argue that as physicians and scientists one must not get drawn into politics but then politics is the will of the people, physicians are dedicated to healing and care of people- so when people are suffering how can one stay silent or neutral?

There are no easy answers here. A lot of emotion and hurt on all sides. In 1980, physicians from the United States and the Soviet Union who shared a common commitment to the prevention of nuclear war between their two countries came together to form an intellectual coalition. Citing a principle of the medical profession—that doctors have an obligation to prevent what they cannot treat, their focus on prevention of a nuclear conflict.

The position of physicians from the Indian subcontinent is further complicated by the brutal legacy of the Raj, the bias of orientalism affecting science and technology, and the  re-emergence of nationalism in present India. Independent India has a complex and strategic relationship with the super-powers and this is manifest in the way India has used abstention in UN Security Council resolutions, not winning many friends among its vast populace both within and without its borders as well as across the world. Some would argue that India’s political position in the world stage should have nothing to do with how physicians conduct themselves – and there is support for this neutralistic view. But it is hard for educated, intellectuals to be oblivious of the arguments from all sides and propaganda being bombarded through the media.

The 2017 BMA guidance for medical personnel working in conflicts and emergencies, such as war zones and humanitarian crises, recognises the challenging ethical problems. There is a heightened understanding of the impact of physical insecurity, the threat of violence and rapidly changing circumstances that can overwhelm good judgment and ordinary ethical intuition.

One must keep clear water between the influence of one’s views of the injustice that is being meted in the world and one’s dedication to healthcare, empathy for those that are suffering and do everything in one’s power to help friend and foe. It is not for us (as physicians or healers) to choose sides but to serve all who are suffering. Article 6 of the 1864 Geneva Convention provides: “Wounded or sick combatants, to whatever nation they may belong, shall be … cared for.” Hence, we shall serve all who need us in whatever capacity we can.