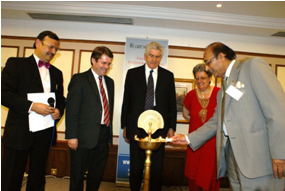 India Centre in Cardiff saw the opening of the latest BAPIO division. This was very well attended by a large number of general practitioners, consultants and junior doctors. The division was inaugurated by Mrs and Dr Mathur a senior GP and Mrs. and Dr Sastry OBE a consultant in care of elderly.The meeting started with Saraswati prayer sung by Uma Geetanath. Other VIPs included Dr.HemantBolusani, Dr Dhawen Kumar, consultant Geneticist and a senior BAPIO member. Dr.Ramesh Mehta, BAPIO president, Dr Mathur (Affectionately knows as YB) lauded the work being done by BAPIO and Dr.NaharSoni . Dr Sastry in his address expressed his delight at BAPIO coming to Wales. He assured the audience that he would lead the division with energy and commitment.

There was a discussion session when Dr Mehta answered questions on various topics. Dr.Sajayan, member of the BAPIO’s Grand Advisory Council, who also attended the Launch said, “The enthusiasm and excitement amongst the junior doctors in particular was infectious”. Drs Soni and Bolusani organised the launch in an excellent manner and was well appreciated by all.
Mr Salahuddin congratulated the organisation for its achievements and expressed his heartfelt thanks for the invitation. He praised the work done by doctors from Indian Subcontinent for the Health Service. He was pleased that BAPIO is promoting the peace process between India and Pakistan. He said he is very keen that the peace process gets stronger and is happy to extend any help required.

The BAPIO Welsh division is one of the most active divisions in UK. This was initially launched in 2004, and then revived in 2010 under the leadership of Mr.Keshav Singhal and Dr. Hasmukh Shah in 2010. Since then the division has gone from strength to strength and has held three highly successful annual conferences with attendances exceeding 200 each time.

The annual conference of 2012 was a oversubscribed. The First Minister of Wales Rt. Hon Carwyn Jones was the Chief Guest and Mr. David Sissling, the Director General of Health Services of Wales was the Keynote Speaker. Speaking at the Banquet, Mr. Jones congratulated the Indian doctors on their long service to the Welsh people and hoped that the Indian doctors will continue to succeed in their chosen field and chosen country and provide sterling service to the Welsh NHS.

Dr Ramesh Mehta, President of BAPIO also congratulated the organising committee for a superbly organised and very successful conference. He thanked the caterers and entertainers for a wonderful banquet and commented that the award for best division awarded to the welshdivison at the Birmingham conference was very well deserved as was obvious to all the delegates from the quality of scientific content and the banquet.

Mr.Keshav Singhal and Dr Hasmukh Shah laid out their vision for the Welsh division and mentioned that they would act as a lobby group for Indian doctors and provide mentoring and networking opportunities to their members, in addition to supporting doctors in difficulty. They would also work constructively with NHS Wales in bringing cost effectiveness and savings for the NHS.

Contact: wales@bapio.co.uk (for general enquiries and activities of the division) 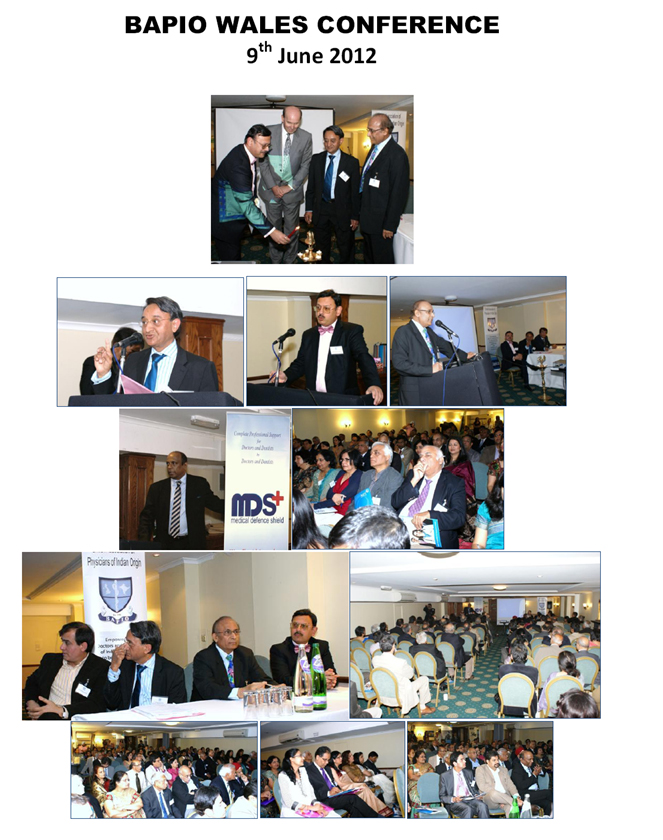