Amin Abdullah was a nurse from Malaysia who set himself on fire, and died, outside Kensington Palace on 9 February 2016 following his dismissal from his job with Imperial College Healthcare Trust. 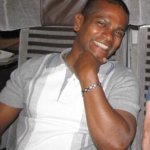 Amin was born on 1974 in Malaysia. He was raised in an orphanage after his mother passed away when he was young. He moved to London in 2003 and became a British citizen in 2009. He started university in September 2011 with a dream of becoming an oncology nurse. He gained his BSc (with honours) in nursing in February 2014 and was given the Hannah Evans Prize for Clinical Excellence for excellence in clinical practice by Imperial College NHS Trust. 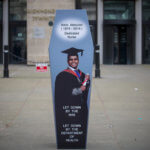 After graduation, Amin started his first nursing post in Charing Cross Hospital at Band 5 level. In the summer of 2015 he moved to a different Charing Cross hospital ward and was promoted to Band 6 and deputy ward manager. Amin had worked for nine weeks on the Ward up to September 2015, when, at the end of a long shift, Amin helped a colleague write a statement of good character in her support following a complaint made by a patient. Sixteen other members of staff signed the letter. Without any informal discussion, this led Imperial College Healthcare NHS Trust to commence disciplinary proceedings against him and three months later on 21 December 2015 he was dismissed. He died before his appeal could be heard.

Although he had no history of depression or mental illness before this time, Amin took his own life. Following widespread public concern, the then Health Minister Philip Dunne ordered an independent investigation into his death. 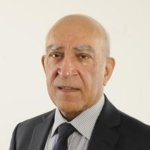